The EA Sports have recently launched this amazing NBA Live to the world, and everybody just seems to love it, even though there were some technical problems at first during the launch of the game.

But now eventually as everything works perfectly, and you are ready to turn your team into one of its kind, i.e., into your superstar league.

It is time to check out some amazing NBA Live tips & tricks that will help you enhance your game, get more coins, buy the best players of the world and, most importantly, win all those matches too, no matter if we are talking about season games or the difficult head to head challenges without using any NBA Mobile Hack.

It might sound like the stupidest thing to do or tell anyone to do, but actually, it works. Simply check out the achievements in the game and do what all it takes to complete them. There is a ton of achievements made available.

And the big rewards you can get are pretty worth to fight for. Not only that they give you enough coins to play with but also be able to put your hands in the transfer service market. And profit greatly, but also make you also win card packs and valuable goodies.

2. Start Building Up Your Team:

Hold on, don’t you even think about the selling players, or complete sets. Just pile up you’re the players as if you were assuming to be the biggest hoarder in NBA history. Always keep an eye on market trends to grab good deals available. Players with an overall rating of 65 or above can be purchased easily with as low as 200-400 coins. So make sure you get them first to strengthen your team.

You will get better players as you play further, but early on trying to get the most of your money, and a 60-rated player a great deal!

3. Go Through The Seasons:

Visit the seasons to complete all the achievements and get a huge reward regarding coins. Playing in the seasons early on is the only thing you should focus on. Maybe you can alter with a versus game here.

For most of the other things, your team will be too weak in the beginning. Go through the seasons as fast as possible, then complete them and get a box of coins to use them later in the game to improve your team even further.

There are many moves that you can pull in game, like the moves, fadeaways, behind the back, etc. If you can’t figure out how to move the keys shortly on your own – then start pulling those to get the advantage on the field and dominate your opponent.

There are many methods to make more money in NBA Live, and most of the tips in this article help you get the easiest way to make extra money to be used in the Auctions. Buying low and selling high is the easiest thing to do once you have some extra money, simply go for cards that are greatly valued, then purchase them with the price and again resell them at their regular value.

Keep an eye on the market also to know prices and be active so that you can score the likes for example for as low as 4,000 coins. Now that is insane in resale price, but a great help for your team.

5. Another Trick For The NBA:

Until you fill your team with star players that are good enough at everything, in this case, you will be able, have lesser known players to deal, and you might not know the strengths and weaknesses. If you have a good SG, it does not mean that he is a good three-point shooter.

I know we told you to stay away from sets for a while and remains the same. But eventually, you will have to just complete the sets and enjoy the goodies they have to offer. You can get some really good players from most of the sets, then resell them on the market for a high value and buy the players you wish to buy.

The easiest sets to complete are the sets of teams. So go for teams which have potential players (like Hawks) and complete them again and again. Either use those players in the game or resell them to get extra coins and buy better players then.

So these are some tips and tricks which will help you enhance your gaming experience and take it to another level! 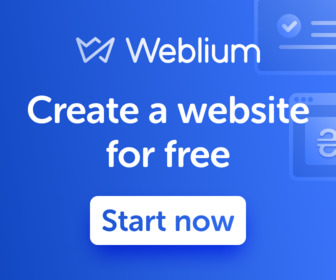