Windows has been always the first choice of operating system for anyone because of it’s easy and simple interface. Windows 7 was the best of all windows, then came Windows 8 & 8.1 which was not as good and failed to become a trend.
Windows 10 was launched on 29 July in 190 countries. 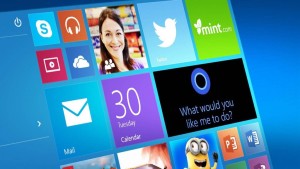 Windows 10 which looks like all the cool features from Windows 7 & 8.1 combined together. Starting off, 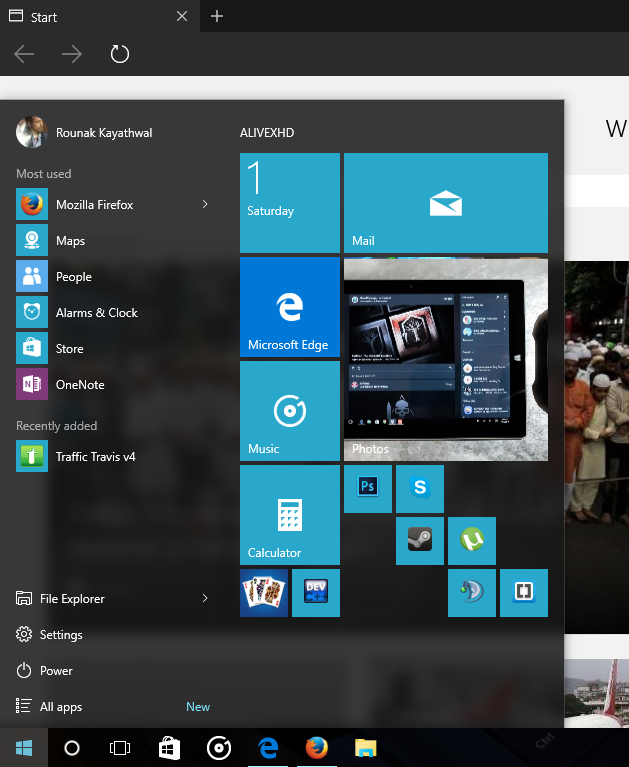 The Start Menu is back
Start Menu is like the heart for Windows and removing it was the main reason behind the failure of Windows 8 but as they say everyone learns from their mistake so here it is, back with more uniqueness and style. Combined with the original concept of Start and the snappy tiles, gives a whole new design and lots of features to work with. It’s much more customizable than it ever has been before, you can resize it from the edges, pin unpin your favorite tiles, change it’s color and lots more.

Moving on we have a new browser, known as the successor of Internet Explorer but it’s build fully from the scratch. Presenting 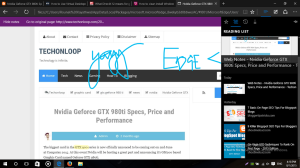 Microsoft Edge
We all must have used Internet Explorer or might not have used, it was more like a tool for downloading Chrome or Firefox and less likely to be called as a browser. Shitty design, crappy speed, like all cons from other browsers were combined and IE was born. After lots of updates and tryings to make it somewhat better Microsoft finally get to know, ‘iss ka kuch nhi ho skta’ and they dumped it to create something new, unique and innovative. Microsoft Edge, it’s fast, clean, simple and attractive. Nothing like rocket science, only a few good and useful features which makes it idle for anyone looking for a clean and fast browsing experience. Although developers would not like it much cause lack of ability to use plugins and stuff for which Chrome is known for. But Microsoft has promised that in the later version of Edge they would be adding these kind of developer stuff.

Let’s move to something which will be useful to all the gamers out there, yes i am taking about

DirectX 12 and Game DVR
For those who don’t know what DirectX is, Microsoft DirectX is a collection of APIs for handling tasks related to multimedia, especially game programming and video, on Microsoft platforms. Now with DirectX 12 users having old or low end PC will get a good increase in performance while gaming or doing any multimedia related stuff. With this Microsoft also introduced us with the GameDVR a whole new software deeply integrated into Windows itself for recording gameplays and screen (Press WindowsKey + G to activate while playing a game). As it is deeply integrated, the recordings come out with immense quality and yet no lag while playing. Using it with DirectX 12 boosts it performance and game-play looks clean without any shuttering. GameDVR also has a feature know as “Record that”, like if you are playing a game while not recording it and suddenly you do something extraordinary like took down a Jet with RPG, then you can quickly press the shortcut for “Record that” and it will recover whatever you did in last 30 seconds and will save it as a video. I have written a separate article on Game DVR, click here to read more. 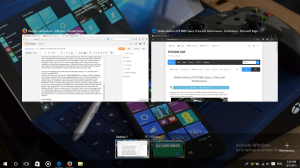 Virtual Desktops
Working with lots of Windows became more easier with the introduction of Virtual Desktops. For instance like I am working on my blog and on the other hand i am playing a game, so while switching between the apps i use for blogging, the game window will appear again and again and will create a clutter of windows, so by the use of virtual desktops i can create two or more desktops. I’ll use one for opening my blogging apps while at the same time i can create another one for gaming or another one for video editing and etc. This really removes the messy clutter while multitasking.

And of-course how can we end this blogpost without talking about the most beautiful feature added to Windows 10, 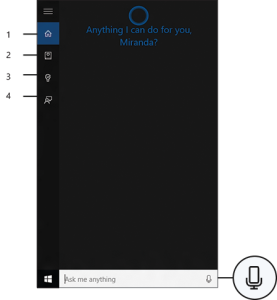 Cortana is your clever new personal assistant. Cortana will help you find things on your PC, manage your calendar, track packages, find files, chat with you, and tell jokes. The more you use Cortana, the more personalized your experience will be. Cortana really added a dashing glimpse to Windows 10 with her smartness. She’ll help you with almost all small jobs you waste time on.
Here are few things you can say to Cortana:

I also want to talk about search which is integrated in the Start Menu, in older versions of Windows when i used the search it was like ok, takes some time to find for what i am looking and so on, but in Windows 10 this thing is really great, like no waiting at all. I use to first type the phrase or app i was looking for then wait till it loads and then click on it to open but with Windows 10 it’s like if i want to open task manager i just type task and press enter it takes less than a second and Task Manager opens up. Must say this time Windows is very much optimized, fast and snappy. I was trying hard to find out even one big con or bug, but instead ended up finding more cool stuff.

With the release of Windows 10, Microsoft really started a trend and according to recent news, Windows 10 was installed on 14 Million devices in just 24 hours of it’s launch, i mean that’s awesome and I can really say it’s the best Windows OS ever. I’ll be updating this post with more beautiful features Microsoft has added after I myself explore it to the fullest till then Stay tuned and share your thoughts with us in the comment section. 😀