Apple announced the release of the iPhone 7 and 7 Plus early this morning at a live event. The new phone features the same build and design as those of its predecessors, but Apple have incorporated a few significant changes with their newest venture in the smartphone market. So if you are planning to invest in an iPhone here’s everything that you need to know about Apple’s new poster boy. Want to back up, clean, and manage your iPhone contact? Try the best iPhone manager on the market. 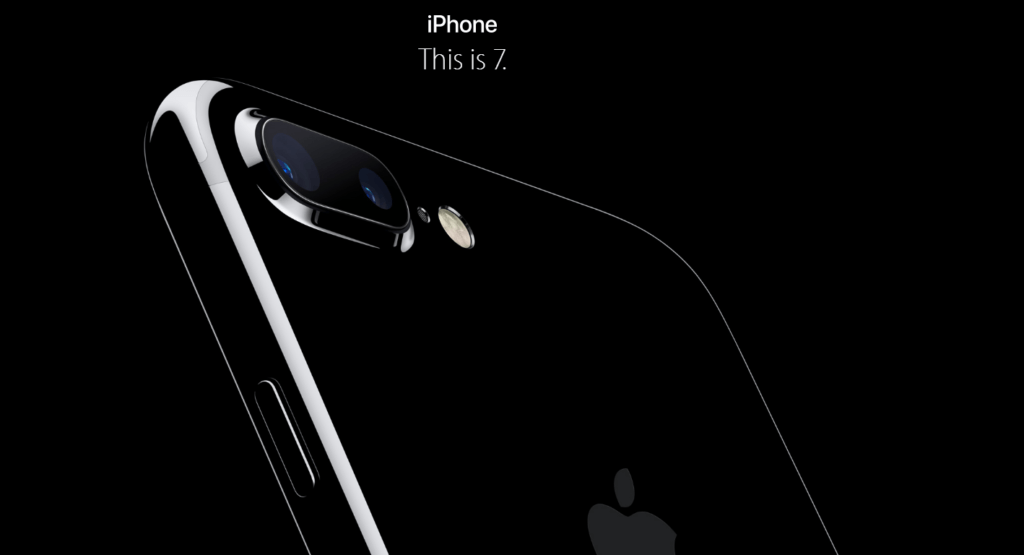 What do you think, iPhone sucks? Read what we think below and comment your verdict.. 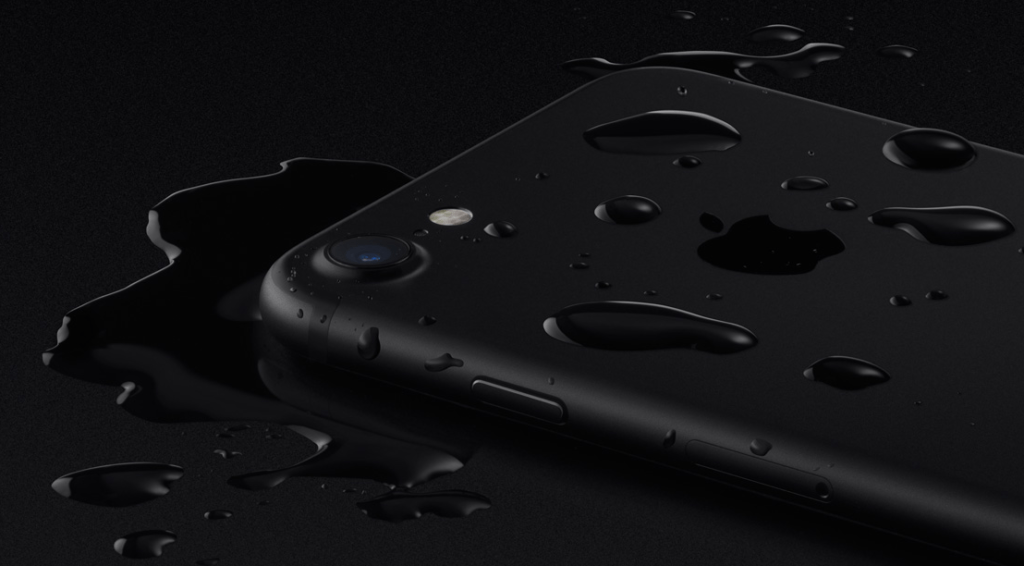 After a long drawn out wait Apple have finally jumped on the waterproofing bandwagon and made the latest iPhone water resistant. Yes, and we quote “water resistant” and not waterproof which makes us wonder whether or not the iPhone 7 will be able to complete with the likes Galaxy Note 7 in terms of waterproofing. Only time will tell, we guess. This feature was really long overdue and not something to moon over, but definitely something to mention about the new iPhone.

An all new processor, meet the A10 fusion! 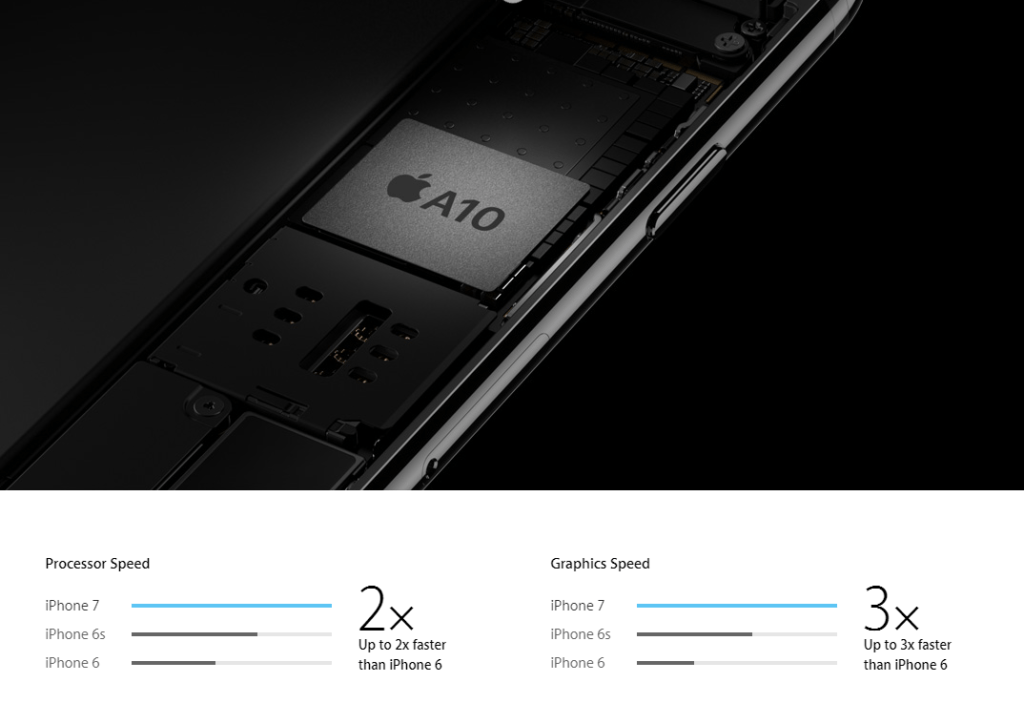 The iPhone 7 feature an all new quad core processor dubbed the A10 fusion. This new processor features two additional cores which help making the iPhone work faster and last longer. Marketed as the “fastest processor to ever feature in a smartphone” , it features a 64 bit architecture with an embedded M10 motion coprocessor. Apple have said that the new chip works twice as fast as the one in the iPhone 6 now whether they’re telling us the truth, waits to be seen, but the new processor sure sounds like a winner right now.

As mentioned earlier the new processor allows the iPhone 7 to work for longer hours, two more to be precise. Apple claim this is the longest battery life to ever be seen in an iPhone. In a market where turbo change is increasingly becoming one of the preferred methods for charging up phones, we can only hope that the charging provided can live up to the battery life.

One of the most controversial announcement made by Apple was the fact that they had indeed excluded the 3.5mm audio jack from the iPhone 7 and 7 Plus. This comes as a big shock to the smartphone community as a whole, because the new iPhone users will now have to rely on Bluetooth or lightning based earphones to listen to their music. 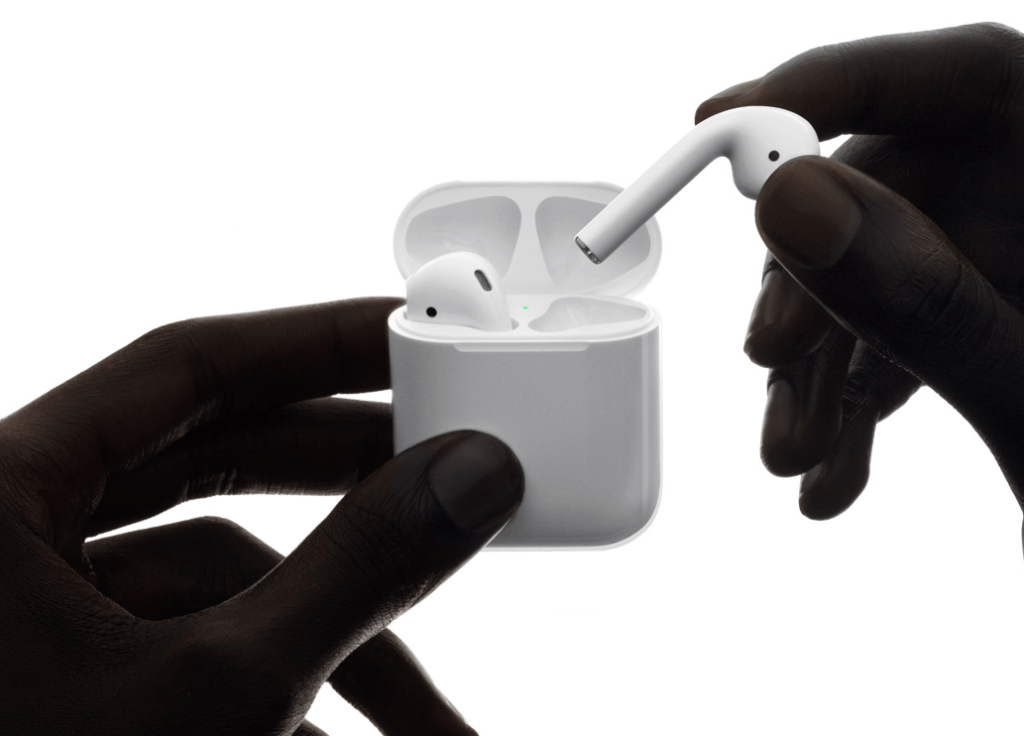 “The reason to move on comes down to one word — courage,” Apple’s Phil Schiller explained onstage. “This is really important, our smartphones are packed with technologies…it’s all fighting for space. Maintaining an ancient analogue connector doesn’t make sense”
The new iPhones will come with a lightning to 3.5mm jack converter in the box. Which you will have to carry around with you if you wish to listen to your music the old way.
A smart move? We think not!

At 7.1mm the iPhone 7 is exactly as thick as the iPhone 6,but wait a minute, Apple allegedly got rid of the audio jack to make the design slimmer and more compact. So where is this slimmer design we are talking about? We’re not impressed Apple, we’re not impressed.

The new iPhones come with Retina screens, just like their predecessors. But this time around the screens are said to be 25% brighter and are also said to provide a wider colour range. The native resolution of the iPhone 7 is quoted to be 1334*750 pixels, whereas the 7 plus has a resolution of 1920*1080 pixels. 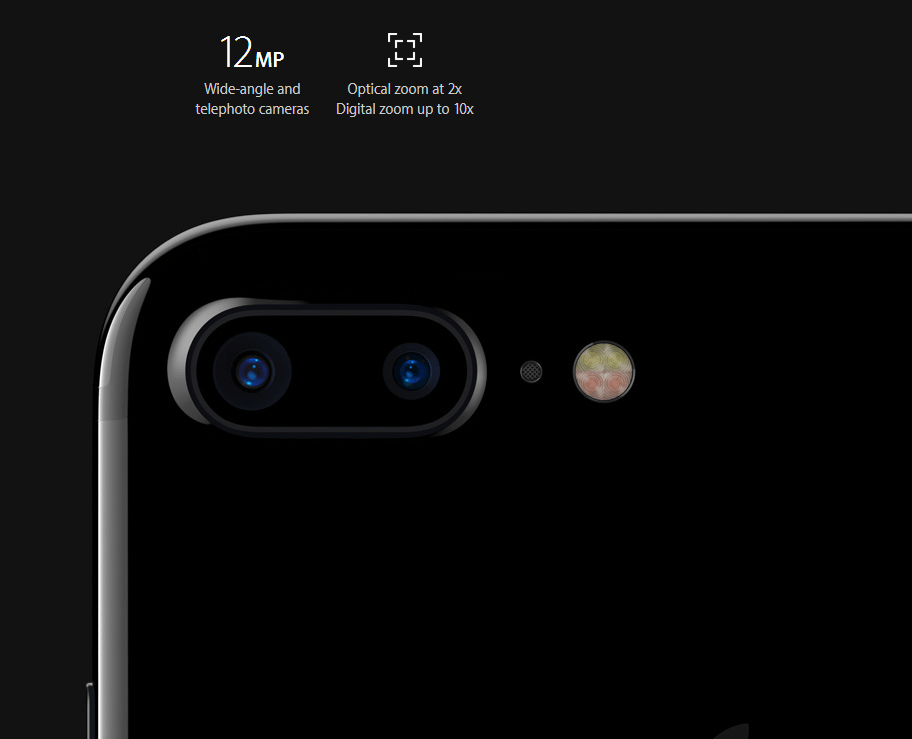 Perhaps the biggest innovation made by Apple in the design of the iPhone 7 is the inclusion of an all new dual lens system. The 12MP cameras come with optical image stabilization and improved low light photography. Even the front camera has been bumped up to a 7MP shooter. Perhaps the best news for serious mobile photographers is the fact that the new iPhones bring in RAW photos for the first time ever.
Apple really took it up a notch by including the dual camera, with one of the camera also featuring a telephoto lens, which allows the iPhone to portray depth perception better than ever. The new camera system is surely one of the things we’re excited to check out in the iPhone 7.

We know, we know! Colour really doesn’t matter to the tech connoisseurs of the world but to us simple lads, it does. The iPhone will be available in black, for the first time ever. New colours include a decent matte black number and a glossy black finish.

The last major change made by Apple is the completely remapped home button. The new pressure sensitive button will support gestures. Another decent improvement we say!

Our verdict on iPhone 7 sucks

All said and done the new iPhone does look pretty promising. Although most of the allure comes from the new dual camera system and the new processor, the iPhone 7 looks like a device that might just be easy and fun to use in your day to day schedule. Apple seem to have done a decent job on this one. So much so that we’re gonna go ahead and say that the iPhone 7 doesn’t suck. But whether it will actually impress customers come release day we wait to see.

Already got the new iPhone? Tell us about your experience in the comments below.