Today you’ll come across a 22 year old guy, from India, who made a whooping 45 lakh ruppees last year with his music app La Musiqe. We asked some important questions to him and we are sure if you want to be an Entrepreneur or App Developer, you’ll get a good dose of motivation. 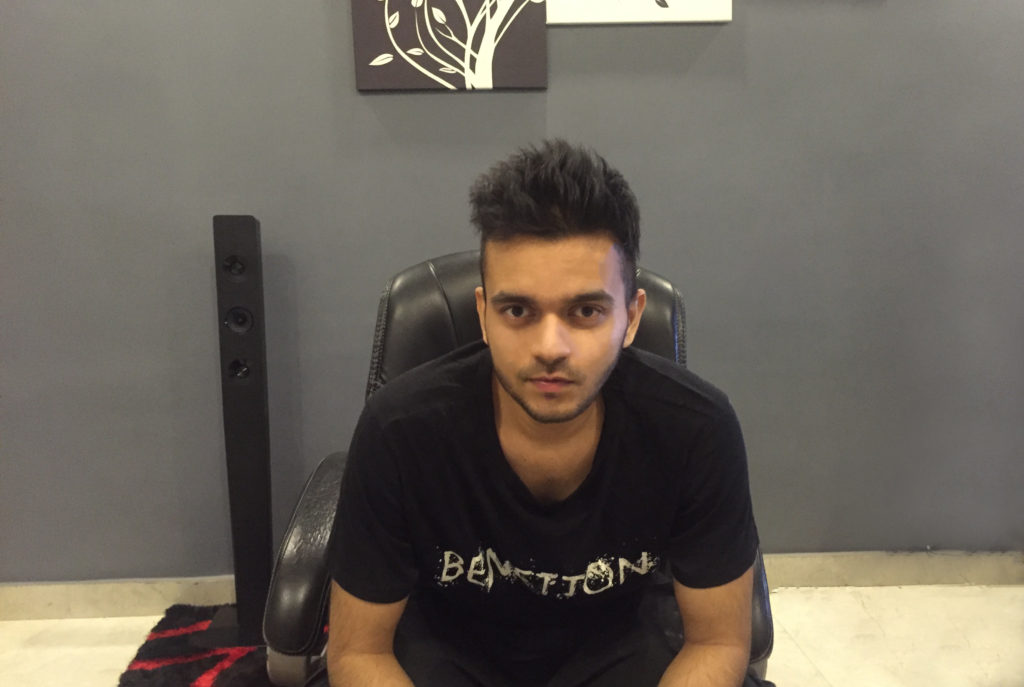 1. Introduce yourself, your age, your hometown, your qualifications.

I was born and brought up in Lucknow. My dad is a civil engineer and my mom is a housewife. My parents say ever since I was born I was always seeking out different ways of making money. Once I even planted coins in the lawn, expecting a “money” tree to grow from it. It never did.Now I am 23, and I graduated last year with a degree in Computer Science. I like traveling and I am into supercars.

2. How did you get into developing your own apps?

I was in college when I started making the app. I was doing nothing with my life and I was somewhat depressed and bored as well. I had nothing to do and my grades were low as well. Doing a job isn’t my thing and I had made up my mind that whatever I do, the job won’t be one of the things I do. I don’t like the idea of my life being dictated by others.
3. Tell us about the app, how you ranked it and how much did you make?

So the app is a music player which plays music from your phone. The unique feature about the app is that it’s UI is very appealing.
For marketing the app, I did a lot of things and frankly it won’t be fair to sum it up in a few lines. it needs an article on itself, that’s I wrote an article on my website ,www.iamankitsrivastava.com but just to give you a brief, I posted on facebook, groups, forums I emailed YouTubers to make a review video and I contacted websites to write an article.
Last year I made around 30 lakh rupees, the app has been up for a little less than two years and in total I have made roughly around 42-45 lakh rupees.

Download his App Here.
4. Tell us about the offers put up by the MNC and what gave you the strength to reject and take the risk.
Well I have been given many job offers, so many that I can’t even count now. But a few which came into my mind are 3, one from Sony, one from Lava where the Vice President of company invited me for the job and One was from some company in USA which offered me 60,000$/ year which I don’t think is a lot considering that it’s US.
I have also been offered 1.5 crore rupees to sell the app but it doesn’t seem a valid price to sell. I mean I can already make that from this app within a few years. Going on a 9-5 job and being dictated by some one else doesn’t appeal me. It also takes away my freedom. I can’t travel while on a job which is something I like doing. Last year in November I went on a 80 day trip outside India covering multiple countries and the only reason why I came back was because I had a road Accident.

5. How much credit would you give to your studies in what you are now?

Not much actually, nothing taught in my college has been useful to me but the Vice Chancellor of the university Dr. Shiban Kak allowed me to not worry about my attendance and focus on what I was doing.
I was a very good observer all my academic life which has helped me a lot in reaching where I am. I mostly scored a full score in Mathematics and Computers,thanks to my parents. I went to Kota for 2 years and there I met Mr. Prakash Gupta who gave a lot of credit to those who solved mathematical problems by unconventional methods and by observations. He enhanced my skills of observation. I used to solve IIT level questions orally but I always sucked at remembering things. Without him  my skills of observation might have easily been buried under the burden of the heavy syllabus.
6. What are your future plans?

The first plan is to integrate radio in the app, and provide the same service at affordable prices for other music players out there. We might even develop something like Shazam which is based on Audio fingerprinting. I have read in detail on how these things work. Apart from Sam who joined me recently, things tend to get slow since you have to do everything from designing, marketing and coding. It is very tough to find a good developer who is willing to work on equity and has worked on similar apps.

After we have implemented the radio in the app, I will try to strike a deal with the mobile phone brands on the basis of revenue sharing so that we can reach many millions of users at one go.

About finding investors, I am not totally sure yet. I spend a lot of time traveling. Last year I went on a 80 day trip outside India covering multiple countries. The reason I came back was because I had been in a road accident. I will have to find a balance between what I want from my personal life and the growth of the app. Although no doubt that investor money will help me a lot.

7. What are your advises to the young bloggers, app developers and entrepreneurs.
Don’t go to college. The only thing you need is faith in yourself.

8. Being self-employed, what is your daily routine/schedule?
It’s a very tricky question, because I have no routine at all. But if you ask me what I do these days? Then well I spend a lot of time on Dota 2. And sometimes I go out. I still live with my parents.