Before we start, let’s catch up with some facts and stuff I found on the internet. Please don’t get offended, it’s just to add a comic element to this article. Though I have a lot to say to hurt Apple Fan Boys.

Did you know the average IQ of an iPhone user is 119?

There were times when iPhone used to be the best in the market. I personally still believe that iOS is the best operating system a Smartphone can ever have! Earlier, with every phone, they released they had a point. But the new iPhones are pointless ( and now jack-less 😛 ). The almost same old UI and not much has changed on the phone since then. If you are an Apple fan, we do not intend to hurt you, but this post may contain some offensive text. Of course, the iPhone 6 had new body design, better processing, and better display but the phone still didn’t leave a mark. Well, let’s see why you should not buy an iPhone. 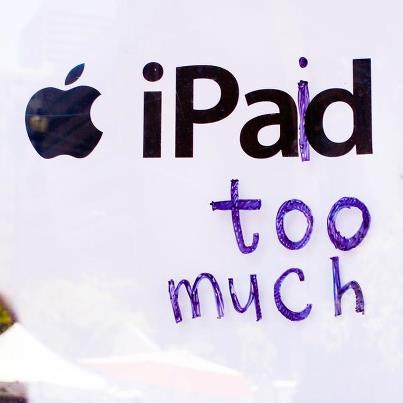 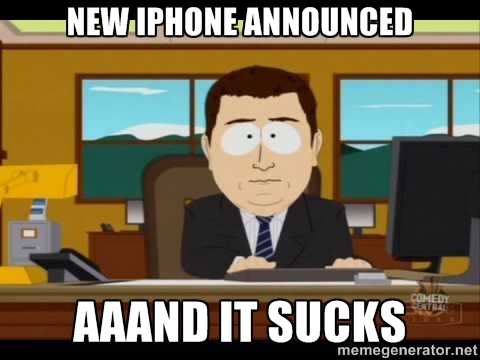 What Apple thinks of iPhone 6S

Apple says “the only thing that has changed is everything”. Well I would completely disagree.

The moment you use iPhone 6s, you know you’ve never felt anything like it. With just a single press, 3D Touch lets you do more than ever before. Live Photos bring your memories to life in a powerfully vivid way. And that’s just the beginning. Take a deeper look at iPhone 6s, and you’ll find innovation on every level.

Really? Innovation? Or just following what is going on the smartphone industry, adding it all to your phone a year later and calling it yours?

The iPhone’s 3D touch got a tremendous response even before the phone came out in the market. It’s very innovative and helpful, but you tell me, is it too much to brag about? The 3D touch is not something you would be looking forward if you want to upgrade to a new iPhone.

A9. The most advanced chip ever in a smartphone?

The chip is almost same as the old iPhone. And you would still like to throw dollars on it?

Some other reasons why iPhone Sucks

Here’s why iPhone may not Suck

Hi, Fan Boys. You can show off. iPhones are for the buzz. You take it out in front of people and consider yourself out of this world. If you think this is a valid reason, go ahead – buy an iPhone and sell a kidney (just kidding :p ).  Your screen will get bigger and bigger. Well, that’s what we see if we notice the latest pattern.

I have received a lot of support on this post. Thanks! But also a little hate from some people which is very much acceptable. I just want to clean out that I am not an Android Fan Boy, this just happens to be a post meant to criticize.

I’d be very honest. I love Apple’s iOS, the fact that it doesn’t hang, its body, its quality, and professionalism. Take a chill pill fanboys, Android sucks too. 😛 I will get back writing on it as I have a lot of content for it from the hate comments down below! 😀