Google defines clickbait as “content, especially that of a sensational or provocative nature, whose main purpose is to attract attention and draw visitors to a particular web page.”
Now clickbait is a part of the internet that widely divides opinion. While creators deem it as a legitimate method of scoring clicks, the public mostly deems it as “cancerous” and “cringe-worthy”. What clickbait essentially does is take advantage of our insatiable curiosity and convert it into clicks and thereby more money for the particular website.

Care for an example? 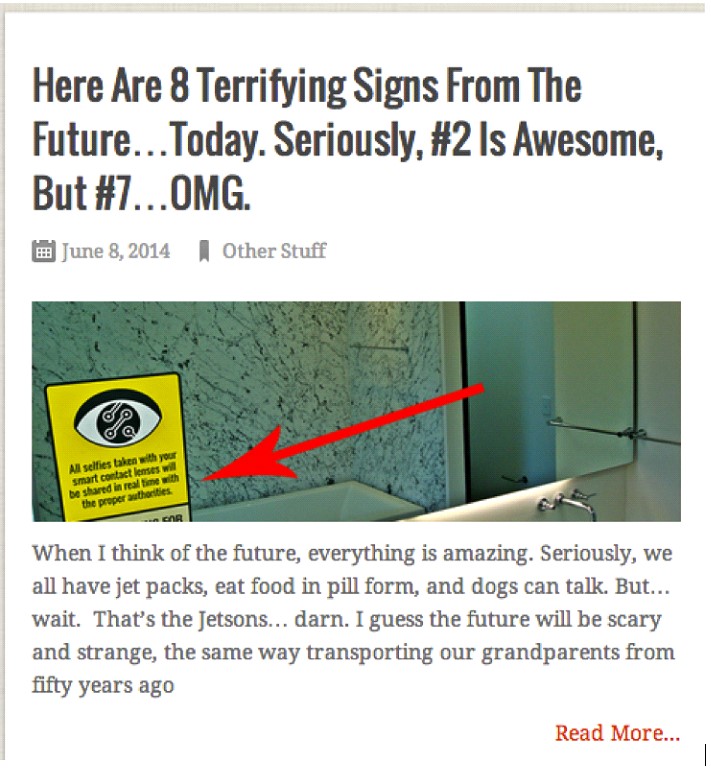 How and Why Clickbait Converts so well?

Let’s be honest here, clickbait ends up working on nearly single time. People all over the world are trying to fit those catchy words in their articles to get people click on them. Yes, some of us have grown immune to the titles because we know it’ll end in nothing but regret in a few hours when you end up clicking through the entire website, article by article. But you can’t deny the response a good title gets for a post. I could title this article as “YOU WON’T BELIEVE WHAT AUTHORS ARE DOING!?!” and garner thousands’ of clicks, of course, such a move wouldn’t go down too well with my moral compass, but hey!

So without much ado, let me try my best to explain how and why clickbait titles work or rather convert so well. 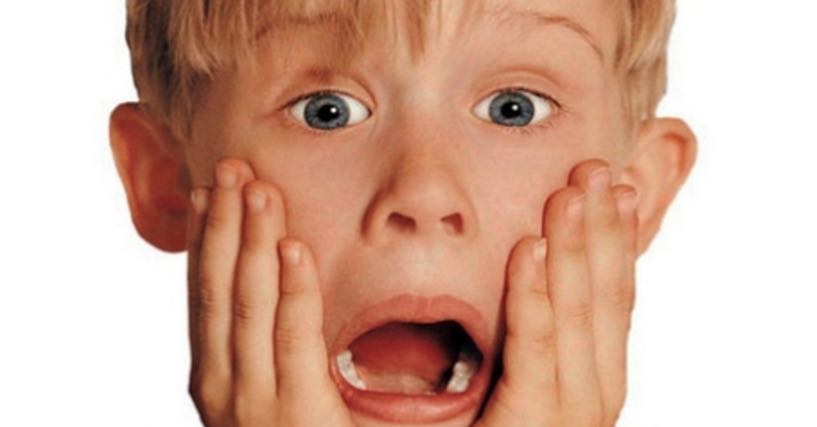 How your mind reacts when you read anything

Okay, this may get a bit scientific. But I’m going to try and ease it down a little, you know, put it in more understandable words.
When your mind actively reads anything, it correlates with increased activity in the left temporal cortex. The stimulation in the left temporal cortex lingers for a long time. A title that grabs your attention is actually creating real brain activity.

Anything you look at, read, or process is going to cause brain activity. Pretty simple up till now, right?

Reading titles that interest you leads to more semantic congruity

Semantic what? Well, click here to find out more about semantic congruity and once you’re fairly versed about what it essentially means, you can head back to this article and we’ll continue our little discussion.

Figured out what it is yet? Brilliant.

So now the next thing you must understand is that every time you read something, your mind is trying to anticipate the next word, phrase or thought. Now, this happens on two broad levels, the macroscopic one and the microscopic one.

On a macroscopic level, it happens when you read a novel, a play or a story. Let’s take Harry Potter as an example, shall we? (I can see you Potterheads grinning, by the way) What your mind does while you embark on the 7 book journey is try and predict every single thing that might happen next. Will he kill that wretched snake? You may have wondered while reading the second book or rather what are all the Horcruxes? You would’ve thought. This is anticipation. You are fishing for something that will meet your expectations.

Now on a microscopic level, it may occur on something as tiny as a title, you’re in the process of reading a headline and your brain is constantly trying to figure out what the next word is. It can do this quite effectively, especially if the phase is a well-known one. 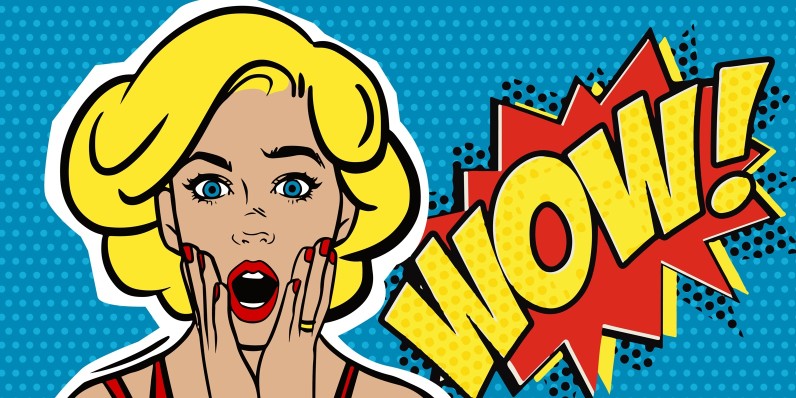 Try out these for an example.

⦁ Happily ever _____
⦁ Once upon a _____
⦁ Mary had a little ____
Get the hang of it? In these short phrases, your mind is functioning to anticipate what is going to come next. You are predicting the outcome. Our brains love predictability and therefore when the predictability and semantic congruity of a title leave you with curiosity you end up wanting to click on that title. But that’s not all of it. We’re getting way too ahead of ourselves.

An article basically attracts your attention when you already have a bit of knowledge about some of the words used in the title. Let’s take an example.
“The real reason why the Apple’s new iPhone 7 doesn’t have a headphone jack”
A headline like so grabs your attention is because you have already heard about tech giants Apple, you know what an iPhone is, heck you may even have one in your pocket right now and you know for a fact that the latest iPhone doesn’t include a headphone jack. Thus, your brain is actively correlating and trying to organize what you already know, and also trying to determine what you don’t know.

A title, however, like the following will definitely not be one you click on.
“Functional Specialization for Semantic and Phonological Processing in the Left Inferior Prefrontal Cortex”
Why? Because well who even knows what language that is right? (LOL)

But on a more serious note, the latter title doesn’t attract one so much, simply because of the fact that a normal person would have no idea of what the title even means (no offense to all you whiz kids out there but honestly, knowing what that means, NOT NORMAL!)
When a title has words or ideas that relate to things you already know, your mind has a stronger consonance with it, making it more cognitively appealing. It stands out mentally. This is normally the basis of authors finding topics people can relate to. Which is what they use to dish out these titles. Relatability.

How they make it count

Now there are several ways in which clickbait titles exploit you and actually make you click on them. Below the most commonly used methods.

Big shoutout to Mr. Jeremy Smith from www.jeremysaid.com for listing down the mentioned methods. 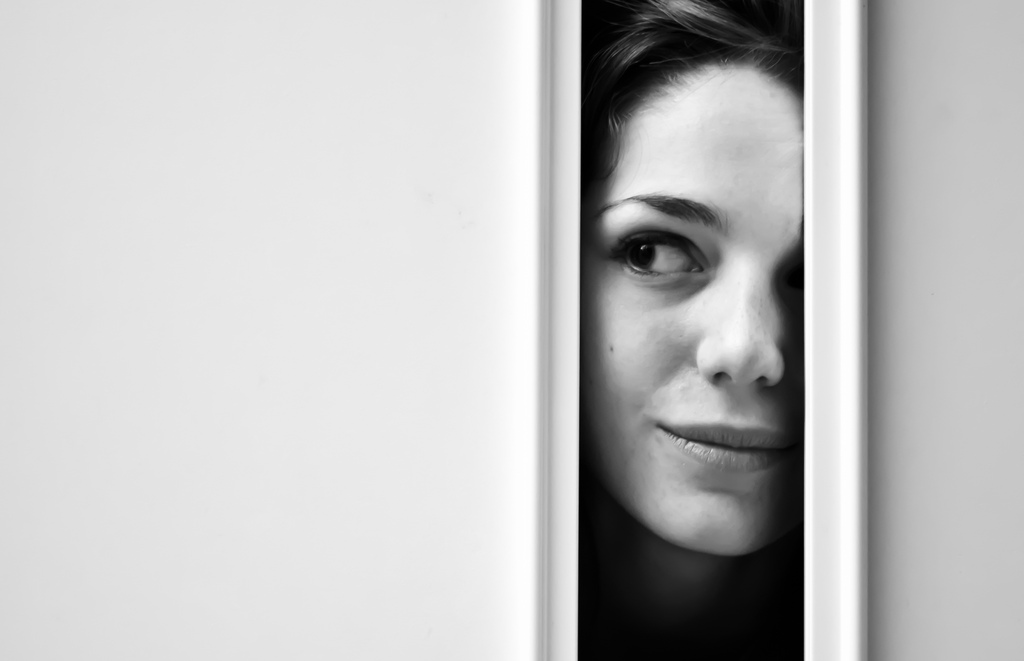 Now, most of the titles that have any sort of human appeal have a tiny element of curiosity in them. Curiosity is fundamentally the first step to nailing a good title. Tickle their curiosity and suddenly you have their attention.

A few examples, if you please:

⦁ Man Stands On His Head for Ninety-two Days. You’ll Never Believe What Came out of His Nose When He Stood Upright Again!
⦁ OMG! This Viral Kitten Video Made Me Cry! Wait Until You Get to the Third Hour of It!
⦁ 18 Houses That Will BLOW YOUR MIND! Number Seventeen Was SO GROSS!
The idea is simple. Give the person something to wonder about. Dangle a tiny piece of information in front of their eyes and you’ve got yourself a clicker.

Everyone loves numbers. Our minds enjoy the structure that numbers and countdowns provide and hence the mad rush to click on a title that includes numbers in any sort. Heck, you don’t even have to like Math to be attracted to numbers. They just have that appeal.

Note how in these examples the use of both numbers and curiosity intermingle with each other.

Statements of affirmation are begging for approval. We as humans crave approval, we want to hear that whatever we believe in is correct. We need affirmation.
Thus, article titles that do so, tend to attract out attention.

⦁ Why You Were So Right When You Voted for Obama
⦁ Getting Drunk In College Was Actually Good for You, Study Reveals
⦁ Why Building Credit Card Debt Might Actually Save You Money in the Long Run

Legitimate or not these titles give you that warm feeling of affirmation. And we’ve already established that we like that feeling, haven’t we? 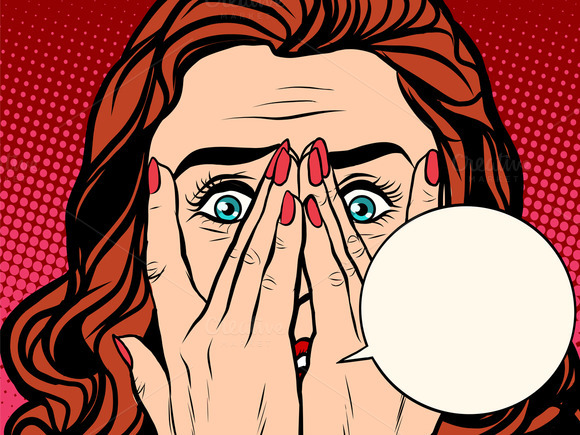 We all love a good shock, don’t we? Whether it’s a plot twist no one saw coming or a just a free pizza anything that shocks us, usually tends to get our attention, regardless of whether the news is good or bad.

⦁ Fraud! iPhone users have to be wary!
⦁ U.S. Government Announces Permanent Shutdown of Internet on September 2, 2014
⦁ 180,092 Overseas Americans Will Not Be Permitted Back Into U.S. Due to Passport Mix Up

These titles aren’t accurate to the best of my knowledge. However, I’m pretty sure you would’ve clicked on them if they had appeared in well-known website (read: Buzzfeed)

Everyone wants something or the other. Be it love, food, sex, money or anything else that you can buy with it and therefore our desire to click on titles that usually provide resolutions for these desires.
⦁ Here’s How to Make Sure You Sleep Like a ROCK Tonight
⦁ The Perfect Marinade for Grilled Chicken
⦁ Make Two Grand a Month With This Crazy Simple Trick!
⦁ This is what most women agree turns them on!
A 10/10 on the clickbait then…

An article can be a great source to put your opinions on certain issues out there, but if no one is reading them, what’s the point? Clickbait titles provide an assurance to the writer that at least someone out there will click on their hard work and actually spend time reading it. Agreed, that it is some titles do get out of hand but we can’t go out giving the author stick for trying to sell his/her article, that’s just uncalled for.
Have some hidden clickbait technique you use? Let us know in the comments below!