There are a lot of smartphones that are being or have been invented in this era. And so it has become difficult for the manufacturers to compete with one another. As technology is excelling so are the developers. Coming up with something new every time is definitely commendable but it is tough to do so.

It is quite common to see one of these even 5 years’ kid’s hands. And so increases the risk of using it. There can be many ill effects of using these smartphones excessively and to avoid such risks, many personalities invented what we call the “SMARTPHONE MYTHS”. 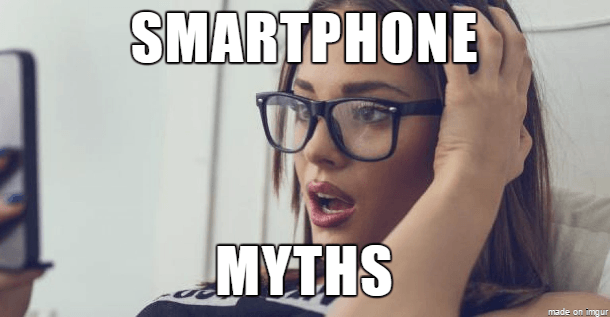 These smartphone myths were merely some rare cases and might be created by some individuals who were victim of these coincidences and hence are not necessarily bound to be true (that’s why they are myths duh!). And most of these are battery related as chemicals are more prone to explosions (:p).

So, let’s do some mythbusting! (xD)

In this post, I am going to bust some of the most common Smartphone Myths that are related to each one of us, and we all believe them without any validation. 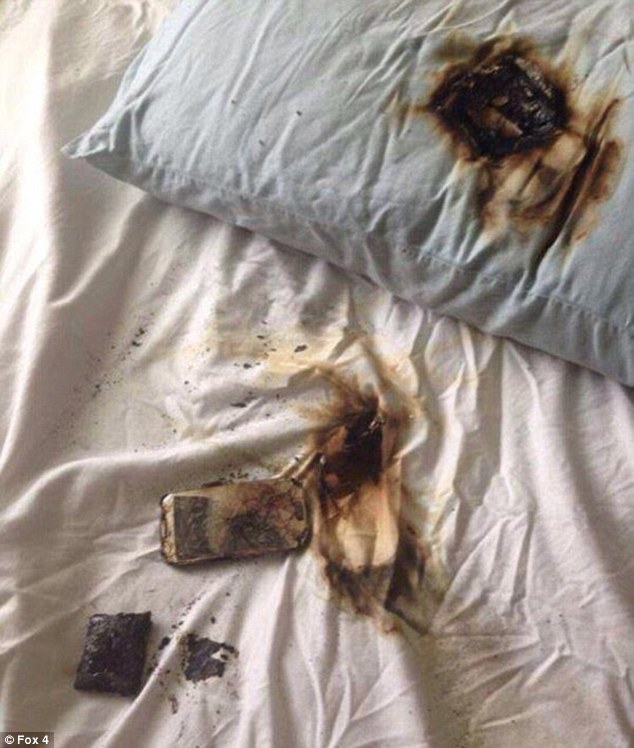 All of us have seen that pic of a Smartphone which burst into pieces as it was kept hanging for charging overnight, umm well it’s not true at it’s 100% ( K). It is also said that charging overnight will diminish your smart phone’s battery life.

Well, this might be true for some but it’s definitely not for all. Most of the batteries have built-in circuits that cut off the power supply once the phone is completely charged. Once fully charged, your phones are smart enough to reject any more charging.

Your mobile phones never actually gets overcharged, the reason for the battery explosion may be due to the bad condition or build of the battery itself. The only thing one should be careful about is Overheating, you must definitely avoid this, as it may cause the explosion because of the rise in temperature and might harm your device’s hardware.

In case you feel like your smart phone’s battery is getting heated, well then get a new one or consult some expert to avoid any devastation.

For better battery performance and great battery life, charging a little bit throughout the day is evident.

2. DO NOT USE YOUR PHONE WHILE CHARGING

Here comes another one! Honestly, I myself believed on this one for quite a while but later this myth was busted.

Many photos were uploaded on social network about how the battery exploded whilst talking/using the smart phone. This one’s an exception, it seemed that many of such devices were charged using “third party chargers” (more about third party chargers in the next myth). There should not be any such explosion/electrocution as such because we are just using it while charging.

The most common solution for this myth is to avoid using third party or faulty chargers as it might degrade the battery and may cause the myth.

3. OFF BRAND CHARGERS HARM YOUR PHONE

Most of us have been wondering whether using an off brand a.k.a. third party chargers can harm your devices. In this case it’s upto the charger’s quality (its genuineness) and the whether it supports your device’s requirements. 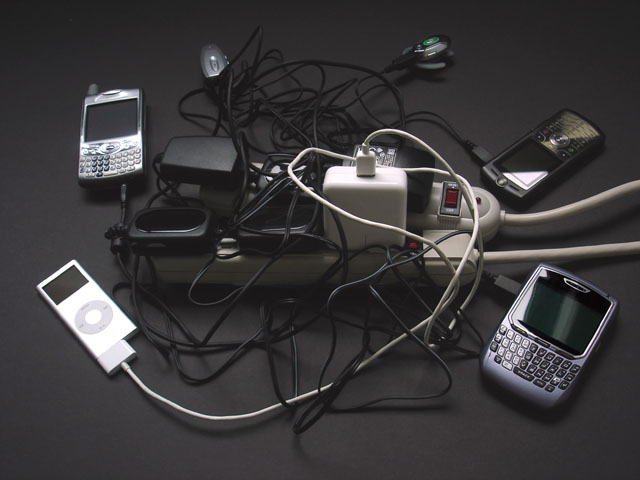 Many people end up buying fake ones which are mostly from a country that rhymes with hyna (:p) and damage their smart phone’s battery.

You should be wise enough to choose a charger that is compatible with your device and will not affect the battery. Although the third party charger have seem to charge a device in a slower than that of the original charger, it will not harm your smart phone by any possible means, just look into the fact that you get a genuine piece and not a knock off of the original.

4. YOU SHOULD MANUALLY CLOSE APPS

The Operating Systems (Android, iOS) nowadays are quite memory efficient and manually closing applications is surely not mandatory. If your smart phone needs any extra memory it will automatically close an app that was kept running in the background and will reopen it once you come back.

There might be a case in which the user forced to do so as the application could be misbehaving but it definitely is not compulsory.

Keeping your device’s RAM full allows us to make optimum use of it. You are free to use as many apps as you want and take the advantage of the RAM.

5. MORE THE SPECS, BETTER THE PHONE

Comparison amongst different brands is the foundation for getting a new phone, and the one that has higher specs wins the battle.

Well, not necessarily! it’s a myth! Having higher or more specs (specifications) doesn’t make a device any better. It does actually, but not significantly. For instance Apple’s iPhones with 2 and 3 gigs of RAM are hell lot faster than that of Android Smart Phones with 2,3,4 and higher GBs of RAM. Same goes for the camera department, a higher count of Mega Pixels isn’t bound to produce a better image, and in many cases it does create many complications.

All these does not affect the importance of specs, specs are inevitably the best way to judge a better model but they are not always true as they sound.

All the myths mentioned above create a sense of hesitation deep inside us and so we end up believing them. If you happen to be one of the sufferer of any of such myth then it was just a coincidence, and you might be unaware of the practical reason behind it. We have tried to bust few of the most common and brimming myths, so next time you find someone believing these myths, make sure you end up busting them (B-)).